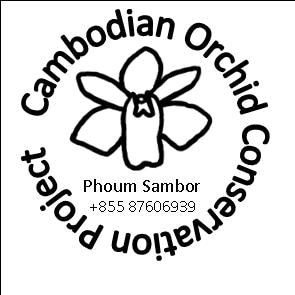 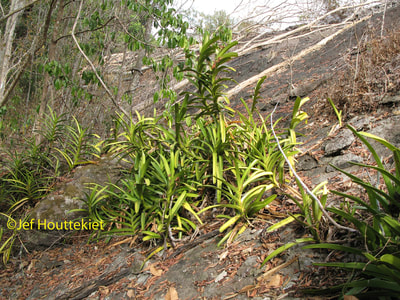 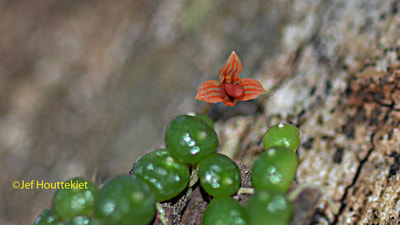 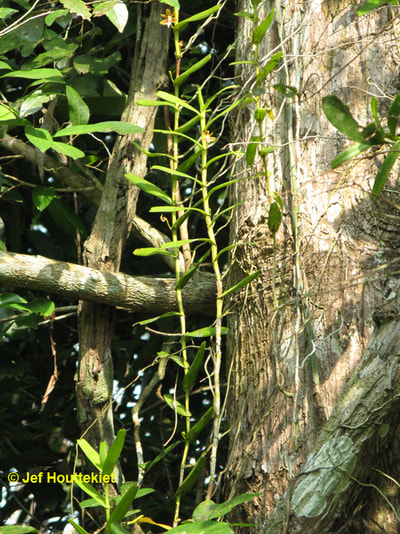 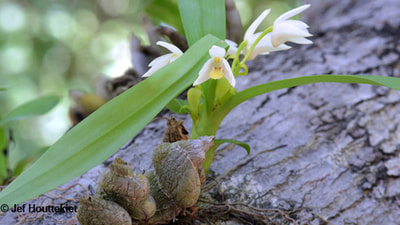 What makes them special
Orchids have micro-seeds that comprise an embryo and a seed coat. They contain no endosperm, the foodstuff that sustains the seedlings of most plants, such as beans and peas.

All orchids have both the male and female reproductive structures fused into a single structure commonly called a "column".

​They have a highly modified petal called lip, or "labellum".

They are the largest family of the plants.

​There fruit can contain up to 4000.000 micro-seeds
Micro-seeds
Column & Labellum 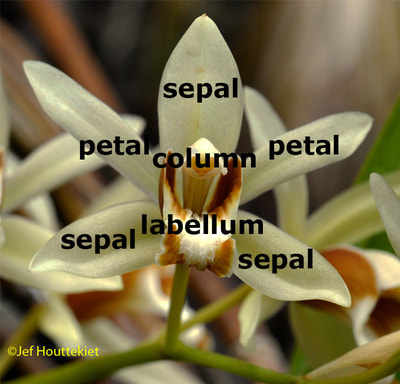 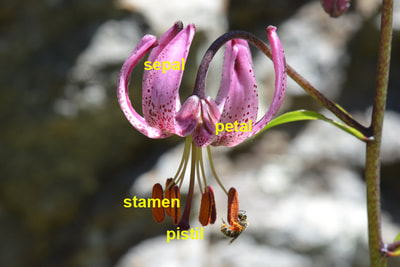 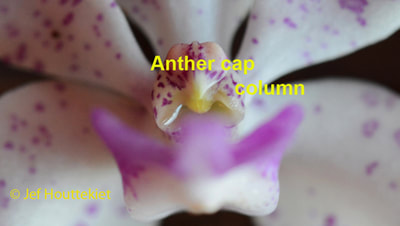 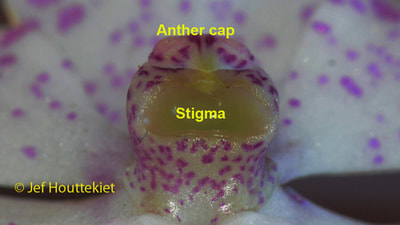 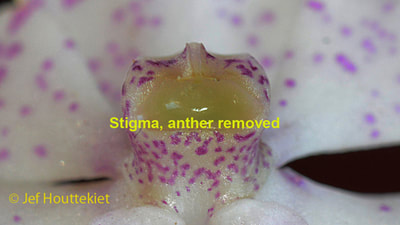 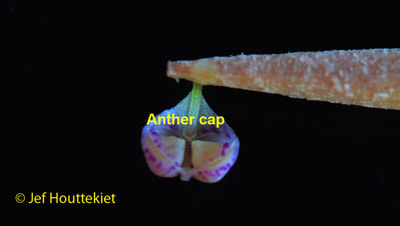 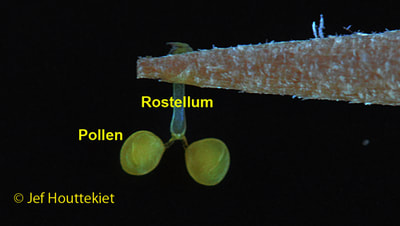 The Column is the  structure in orchid flowers composed of the pistil and stamen.
Fruit 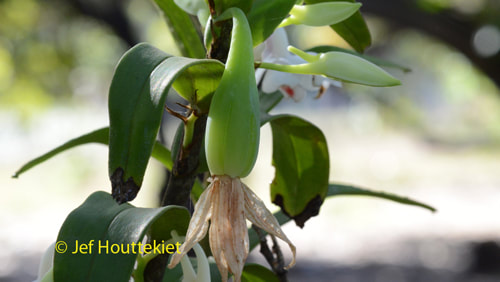 Young fruit capsule from Dendrobium draconis, still with remnants of the petals and sepals.
Glossery
Anther: The pollen-bearing part of a stamen.
Anther cap: The cap-like structure which terminates the column and covers the pollinia.
Column: The central fleshy structure in orchid flowers composed of the style and staminal filaments.
Dicotyledon: Any Angiosperm which has two seed leaves and non-parallel venation in the leaves.
EndospermTissue rich in nutrients which surrounds the embryo in most seeds; orchid seeds lack endosperm.
Labellum : lip, in orchids highly modified ventral petal that is primarily involved in pollination.
Monocotyledon: Any Angiosperm which has one seed leaf and parallel venation in the leaves.
Monopodial: A stem with a single main axis which grows forward at the tip.
​Orchis: Greek word that means testicle.
Petal : A segment of the inner perianth whorl or corolla.
Pistil: A collective term for the female organs of a flower (stigma, style and ovary).
Pseudobulb: Thickened bulb-like stems of sympodial orchids bearing nodes.
Sepal : A segment of the calyx or outer whorl of the perianth
Stamen: The male part of a flower producing pollen, consisting of an anther and a filament.
Stigma: The enlarged sticky area which terminates the pistil and is receptive to pollen and allows the pollen grains to germinate.
Sympodial: A growth habit whereby each stem has limited growth and new shoots arise from the base of previous ones.
Rhizome: An underground stem with nodes, roots and which can form shoots.
Rostellum: The area of tissue that separates the stigma from the anther; an adhesive portion of the stigma which aids pollen transfer.
Further Information about "What are Orchids"